I have referred to meeting Billie Carlton at Ghent. It was just after Carpentier had defeated Bombardier Wells, on Sunday, 1st June 1919- one of the most dramatic fights of all time. Eugene Corri, Ernest Edelsten, a variety agent, Harry Preston, and a number of other men who knew me well, had met in Ghent two brothers, John Darlington and Gilbert Marsh, who had taken over the amusement and catering concessions of the Ghent Exhibition.
These two men found themselves concessionaires in a curious way. Some one had asked John Marsh to lend him £1500 so that he might take up the chair and lavatory concessions at the Exhibition. The idea amused Marsh, and he went to Ghent with his friend, and paid the money for the concession. After that he stayed at the Hotel de la Poste, and spent money in a way that astonished the frugal Belgians. This wealthy English “Mi-lor” was not a person whom the shrewd men, whose responsibility was to make the Exhibition a success, felt ought to leave Ghent without further substantial interest in the Exhibition. They expressed a wish to return his hospitality, and he was given a banquet, and, before he left Ghent, he had paid a large deposit for the restaurant and amusement concessions.
As Marsh knew nothing about either of these difficult businesses, it was not surprising that nothing went right. When he tried to sublet his concessions, he found that all his sub-concessionaires needed money to carry out their contracts. This he advanced to them. Then, shortly before the opening of the Exhibition, all the workmen went on strike, so that when the Exhibition opened nothing was ready. To crown to all misfortunes, there was an accident on the water-chute the first time it ran.
By the date of the Carpentier fight, Marsh was £100,000 out, and he could not estimate what his liabilities would be before the end of the season. Ernest Edelsten brought Marsh to see me in London, and he made business proposal that I should see what could be done to help him so far as the amusement part was concerned. I took with me to Ghent my accountant, Mr. Ros Sharp, who had had experience as an Exhibition accountant at Brussels, and he and I came to the conclusion that Marsh’s position must inevitably get worse and worse. Everything was being run at a loss, and in no circumstances could be made to pay. We gave Marsh a detailed report. To my surprise, instead of looking glum, he roared with laughter, ordered a champagne and an expensive luncheon, and the casually informed me that he was going with me by the afternoon train to Paris.
We stayed the night at Paris. In the morning I went with him to the bank, where apparently he was well known and well thought of- I remember that although it was but 9.30 in the morning, he insisted on the bank manager sharing in a bottle of champagne. This bank advanced him a large sum of money, and we returned to London.
Marsh never returned to Ghent. He allowed himself to be made a bankrupt in Belgium. There was an echo of this in the courts recently.
On the way to London he told me some curious stories about his experiences at Ghent. Losses didn’t worry him, he said, because he could always make money. The thing which gave him most satisfaction was how he came to dispose of the English grill-room to a German restaurant keeper for £1000. When all the other restaurants were empty, his grill-room did an enormous business. At the luncheon and dinner hours there were queues, and season ticket-holders to the Exhibition came solely to lunch and dine in this grill-room. Splendid chops and steaks, English ales, baked potatoes, and English sauces, could be had at cheap prices. So busy was this grill-room that the Marsh Brothers themselves, and some of the clerical staff, would lend a hand during the rush hours, cutting up stakes and serving out drinks.
At last the splendid business that was being done attracted a German restaurateur, and Marsh sold him the concession for £1000. But when the German went into accounts he found that everything was being sold at a loss; the greater the volume of business, the greater the loss on the restaurant.
So this new proprietor, though giving the same quality of food and drink, decided to charge prices which allowed a proper portion of profit. For the first few days there were stormy scenes when bills were presented, because the regular clients knew the menu and the prices by heart. In a few days the business had fallen away altogether, and in a few weeks the German proprietor closed the restaurant. 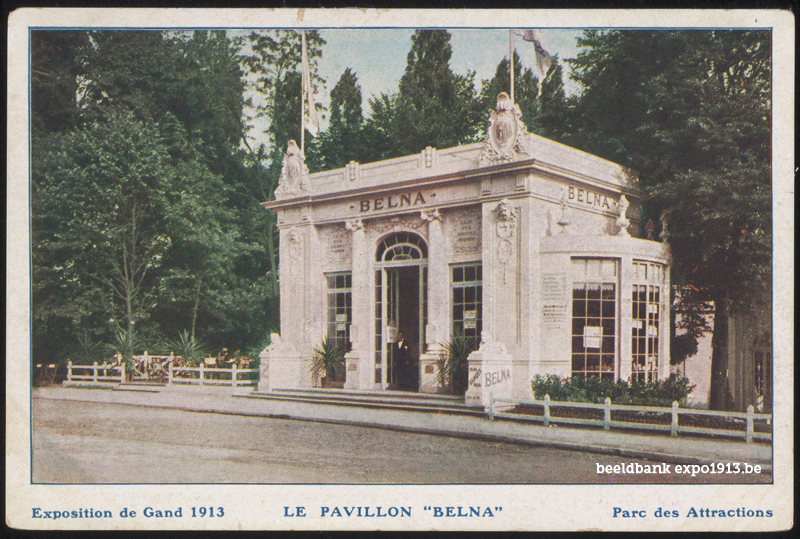